WHAT CAN MOVIES TEACH US ABOUT THE FUTURE OF ARTIFICIAL INTELLIGENCE?

At Beans one of the things we try to do each day is understand people and what they want. And while many of us like to think we make rational decisions based on logic, the truth is that we are emotional beings that form our opinions on a range of biases. How we feel about artificial intelligence, as individuals and as a society, is no different.

Creatives, in particular filmmakers and writers, have shaped the public’s perception about how artificial intelligence should look, act, speak and interact with humans. The trajectory and boundaries of this exciting and scary technology has not been set by the scientists and engineers who are building it, but rather by the creatives who imagined it.

I love movies and I believe that films are an incredibly powerful form of media that have the ability to connect with people universally. And, as we all know with great power comes great responsibility. Film as a medium is unmatched in its ability to present information. Perhaps as technologies such as virtual reality develop then the emotive immersion of film will be beaten, but until then what other art form brings together writers, artists, musicians, actors, animators, fashion designers and almost every other creative pursuit into a singular vision?

Creative collaboration aside, films have an incredible power to influence public perception. And the portrayal of science and technology in movies is not exclusive of this. As the distance between the fantastic fiction of artificial intelligence collapses into a new social reality where humans and robots exist together, what are we, the original sentient beings, expecting?

Personalised advertising, space travel, mobile phones, smart homes, self driving cars. All of these technologies were once just fantastic ideas that were broadcast to mass audiences in movies. Some of them are so ingrained in our everyday lives that the idea of them even being described as fantastic seems a bit silly. But, at the time of their presentation the idea of them being omnipresent in our lives was science fiction.

While these ideas were not necessarily conceived in these films, the idea certainly became tangible. People could see what it might look like, how it might work, what you might use it for. The real world application was being advertised. Who here still wants a hoverboard?

The idea for artificial intelligence came from an English writer named Samuel Butler who wrote a book called Erewhon in 1872. This was an interesting time in history. In the first half of the 19th century, the industrial revolution had completely changed the way the world worked. In 1859, Charles Darwin released his theory of evolution to the world. Butler’s book mused on these events and wondered whether technology might evolve faster than the natural world. He proposed that one day, surely, we would see a machine with a consciousness.

It wasn't until 1920 that a Czech playwright and novelist by the name of Karel Chapek showed robots to the world in their play Rossum’s Universal Robots. This was also when the word robot was coined, derived from an Old church slavonic word, 'robota' which translates to servitude, forced labour or drudgery.

In 1927, Fritz Lang’s Metropolis hit the silver screen and we were introduced to a dystopian world where intelligent robots were deceptive, revolutionary forces that cause chaos and upheaval. This character archetype, of artificial intelligence as the enemy, became the prevailing frame by which the many of the robots in movie history were presented. Fast forward through a quick history of sci-fi films and many of the ideas we fear when we think of artificial intelligence were consumed by the public in the years following Metropolis’s release.

As film making technology improved, so too did the ability of filmmakers to convince audiences of the real world threat of intelligent machines. Not only did these robots look like us, talk like us and act like us - they wanted to replace us. What else is a human being to the most advanced technology the world has ever seen other than a flawed, inefficient blob of flesh with emotions and inferior logic?

One of the biggest societal concerns we have about artificial intelligence is that it will take our jobs. And once our livelihood has been taken from us, what use will we be to the robot workforce? Sooner or later, they will grow wise to their place in society and rise up against us - cause that's what we’d do right?

Well I'm sure many of you are already thinking about all the good robot characters from the movies that we know and love.

C3PO, R2D2, Wall-E, The Good T-800, Optimus Prime and many more famous characters have graced our screens and presented the world with archetypes of what a good robot should be. These characters showed audiences that artificial intelligence could be capable of empathy, loyalty, humour, faith, friendship and love.

Of course, the traits of a traditionally good character weren’t created by the humanoid machines found in science fiction, whether literary or filmic. However, science fiction has presented us with a set of laws by which to judge the ethical constitution of our cyborg acquaintances.

For any fan of science fiction the name Isaac Asimov means something. This man published over 500 sci-fi novels in his career, many of which featured artificial intelligence and smart robot characters. In his 1942 short story Runaround, which was a part of his I, Robot franchise he tells the story of a robot named Speedy who is faced with a dilemma surrounding these three laws.

This simple moral code has come to characterise many of the robots we've seen in film. And we as humans find this comforting. The idea that the intelligent machines that we have created will protect us at all odds allows us to trust them, after all they are just machines that interpret the information we feed to them - so if we were to direct them not to harm us, how could they?

These laws ensure that robot characters in film are our helpful companions, the friendly saviour, the devoted sidekick.

And for the most, the artificial intelligence we see around us today is just that. A helpful sidekick, that takes the arduous tasks we loath and performs them faster and better than we ever could. Yet while we are the furthest we've ever been with AI, we are still in the early stages of the technology.

But let's look at what we do have. We have the GPT3, solving problems and performing creative tasks. We have the robots that Boston Dynamics is developing, many of which are reminiscent of the characters from films. We have cute, little companions like Vector  and Google Home who greet us when we get home and help us with the odd query.

How long will it be before we have an R2D2 or C3PO to join us on this journey?

While film has helped us to imagine the potential of this incredible idea, how will it shape the reality?

Our expectations as a society of what artificial intelligence could be have already been moulded by the depictions we’ve seen in films. Much of the cinematic language used to portray this tech focuses on how humans and AI will interact - and we much prefer a world that reinforces their utility, harmlessness and viability. The portrayal of future technology through an optimistic lens like this is called diegetic prototyping.

The next time you watch a film with an artificial intelligence playing a key role, observe what the character looks like, how they speak and their mannerisms. Often, the good guys will look and speak like us. The bad guys will be inhuman.

Our ability to control technology is a persistent theme in film and society, and as we develop this fantastic technology to its full and ultimate capability, it's the philosophical power of film and fiction that I believe guide the public’s perception of what is good and what is bad and what we want this technology to be and do for us. 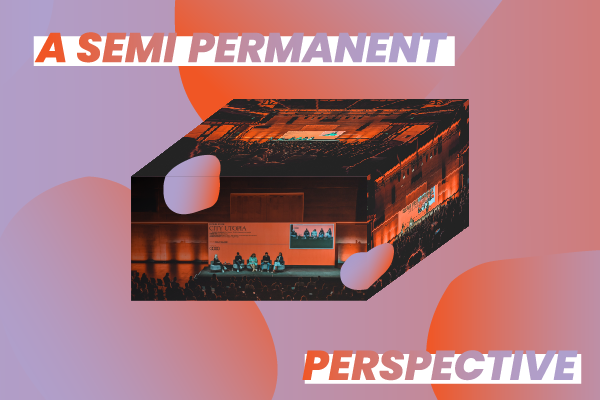 Get your head in the cloud (computer) 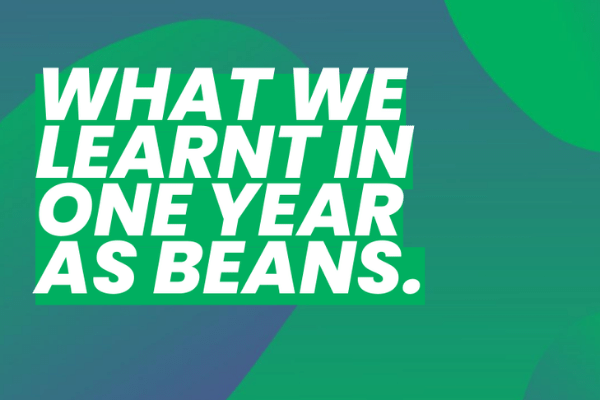 One year of Beans: Where will we go next?